The ghost of Aya Nikola Church in Bodrum. 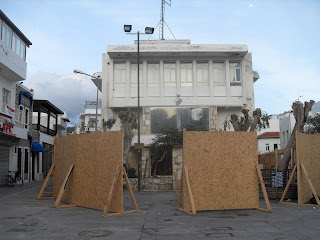 The centre of Bodrum has been blighted for many years by a very ugly concrete edifice.  Built on the ruins of St Nicholas' Orthodox Church in 1969, the ex-Halk Eğitim (Public Education) building has always looked out of place, even when it was a busy venue for films, lectures, exams and sports activities. Later it became bazaar for books and tacky trinket sellers and recently it was deemed unsafe (just 42 years after it was built) and condemned.  I have always assumed that the pre-existing church had been completely demolished in the 60s and even heard talk of dynamite being used to blast away the walls, but it seems that the ghost of the church lives on. 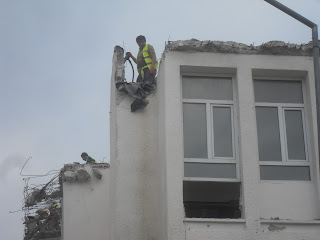 I've been watching the careful demolition of the modern building over the past few months and sharing the excitement as original stonework has appeared. . 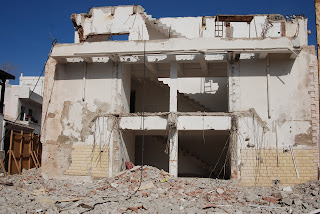 It's now evident that the 1969 construction enveloped the remaining walls of the church and careful stripping has revealed what is left of the 1780 structure. 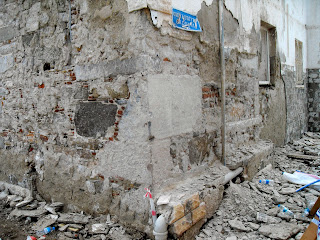 Even in this state it looks better than the 20th century abomination that Bodrum put up with for over 40 years. 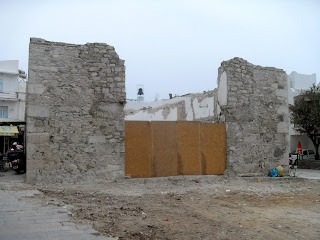 Construction/destruction work has now stopped for the summer and I'm looking forward to hearing the plans for the future of the site.  One school of thought is that it will be turned into an open air museum come art gallery while another group of Bodrumites want the building restored to its original proportions, not necessarily as a consecrated church, but as a monument to all the Christian inhabitants of Bodrum who were sent to Greece in the 1920s population exchange. 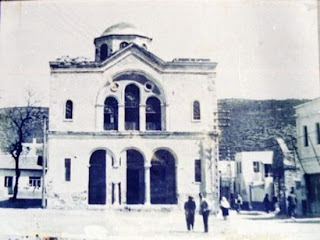 Posted by BacktoBodrum at 07:18