There were only 3 frogs in the pool when I got back from Bodrum yesterday which suggests that those I sent on an enforced holiday have not returned, but just in case they are thinking of coming back, Jake and I have a back-up plan.  I googled "frog + natural predator" and "stork" came at the top of the list, so all we have to do is persuade a stork or two to take up residence.  Jake has taken on the challenge of hypnotising a stork.


Yesterday I had lunch in Bodrum at our fine French restaurant Evimiz. On the way I'd spotted a light weight net that looked ideal for batrachian hunting which explains how I happened to be standing next to a French chef with a net in my hand and the photo opportunity was too good too miss. I have never seen frog on the Evimiz menu but Stephane assured me that he knows how to cook them. A full size cardboard cutout of a French chef - wielding the net - next to the pool should put the willies up the boldest frog.


(Apologies go out to my friend Liz who will be aghast at any suggestion that frogs may be harmed but this is very much a threat rather than an open declaration of war. So far.... apart from a short incarceration in a plastic bucket, no frogs have been harmed in the writing of this blog.)
Posted by Unknown at 02:26 16 comments: Links to this post 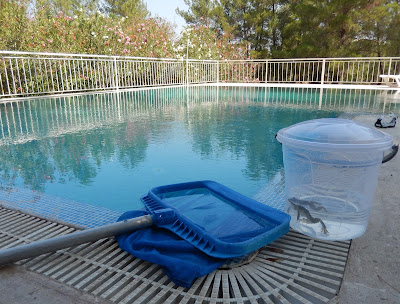 The consensus of opinion indicates that I should keep my frogs and enjoy them. I would be happy to to do so if they refrained from shouting, pooing and canoodling, but they are at all three all the time to the detriment of the dog's sanity, my sleep and the clarity of the pool water.  Only Kim from SJ Travel & Yachting suggested I take them to a distant pond.   I'd been considering this too but the thought of frogs in the car had put me off.  Buoyed up by Kim's counsel, I bought a bucket with a lid and began the hunt.  There were no house guests to help yesterday so there is no photographic evidence of my prowess but I caught 4 over a period of an hour.  I actually caught 5, the fifth one was in my net 3 times but the tricky manoeuvre of transferring frog to bucket without letting the other 4 out proved too tricky for me.

Taking no chances I secured the bucket lid with tape and drove them off to the neighbouring pond which is much bigger than ours and at over 1km distant should be far enough away to prevent my froggie friends visiting.
This morning there was only one frog in the pool, definitely the one from yesterday with Houdini-like talents.  I made a few attempts at getting him in the net, but he'd learnt from Wednesday's experience and wouldn't let me get near him.  As long as he doesn't invite any friends for a chin-wag, he can stay.

Freddie Frog turned up about 3 weeks ago. He obviously realised that there was no longer anyone who knows what they are doing in charge of the pool and decided to swap a muddy village pond, where being trampled by a cow was a constant danger, for a clear blue lagoon.  He was probably a bit disappointed when the new pool supervisor allowed the water to get a bit green and murky but he stuck around. Normal transparency was regained with a liberal dose of chlorine and I expected Freddie to hop off. If the chemicals made my eyes water, surely a frog would quit.


But he didn't, he invited two mates along.  One frog is a quiet visitor but when his chums turn up they have quite a lot to say to each other.  Jake the dog objected to their nocturnal discourse in the only way he knows how - frenzied howling and barking.  The frogs had to go if I was to get any sleep.
And so it began... I catch the frogs and tip them into the garden and the frogs hop back. So I catch them again, put them in a bucket and take them back to the pond and the frogs hop back. My son-in-law-to be, catches them and takes them to the far side of the village pond and they hop back, this time with a few more friends in tow.  This Sunday, with 8 frogs in the pool, the internet was consulted, a mixture of salt and vinegar was brewed and the pool was surrounded with this toxic potion - the frogs ignored it and carried on jumping into the water.  I added citronella oil, chilli powder and mustard to the salt solution and painted the steps but the frogs couldn't care less. 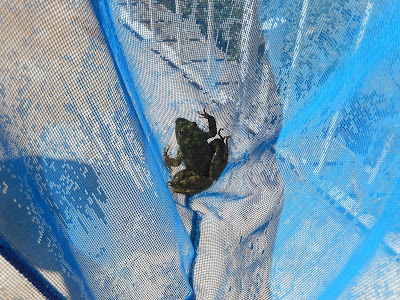 But this morning there were 8 frogs sunning themselves before their morning dip.  At this rate, in a couple of months, there won't be room for me to swim.  So the appeal goes out for tried and tested remedies to make these noisy amphibians go home, before I am forced to move out just to get a good night's sleep.
Posted by Unknown at 02:41 19 comments: Links to this post 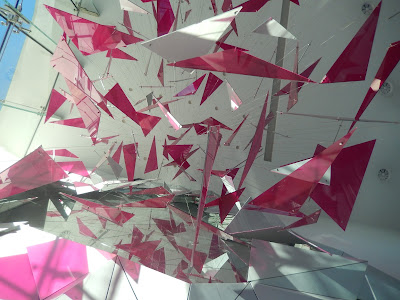 I was sitting in the courtyard on Friday evening, playing backgammon with a friend when said friend's phone beeped with an incoming text.  "Are you still in Turkey? Are you OK?"  Why would he not be ok we wondered.  Thus the 'inconsistency': While Istanbul was raging and my blogger friend Terry had fighter jets and sonic booms over her apartment in Ankara, I was sipping wine, winning at tavla and contemplating  picking another bunch of grapes.
Friends who have visited me in Turkey know why I choose to live here despite all the above adjectives, those who haven't will never understand. There is no logic, little beneficial law and quite often a lot of hullabaloo, but one gets used to this state of affairs and misses the chaos when in more ordered countries.  The minute I moved to Turkey to work, I knew I'd stay - I just clicked with Turks; we laughed at the same things and I felt genuinely safe in their company. Which is why the reports of young innocent Turkish conscripts being murdered by their fellow countrymen is so hard to bear.  I want to pull out Turkey's power cable, press reset and restore the factory settings that we are all used to. Something has gone terribly wrong with the machine. 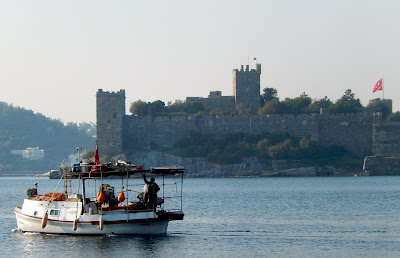 No need to walk through Bodrum to find out what's happening, you can watch from your computer.

Click on http://www.bodrumcanli.com/ for live web cams.  I'll try and remember to wave as I walk past.
Posted by Unknown at 03:10 4 comments: Links to this post

Life goes on in the village, but the blogging muse is playing hooky. 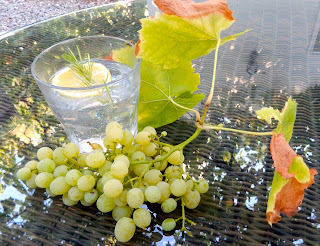 Maybe a G&T with memory inducing rosemary and the first bunch of grapes of 2016 will entice it back.

Thank you to everyone who sent condolence messages, emails, texts and calls.  Knowing you are all out there is a comfort and a great incentive to keep this blog going.
xxxxx
Posted by Unknown at 04:31 14 comments: Links to this post 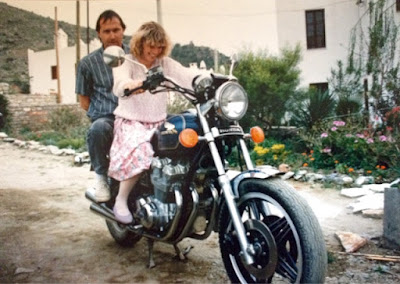 My husband died once before, in the Spring of 1990.  Our travel agency was doing well; we had caught the beginning of the tourist boom and had, for the first time in either of our lives, some spare cash.  Teo decided he wanted a proper motor bike so he found a Honda 650 in Izmir and went up on the bus to collect it. As he was riding home past Bafa Lake, he took a twisty turn too fast, skidded on gravel and crashed off the road into a deep ditch.  I was at home making dinner when I got a phone call (land line remember - no mobiles in those days) telling me that my husband had crashed his bike and was dead.  The dinner burnt as I sat on the floor trying to catch my breath. I was searching through the address book, looking for his brother's phone number when I heard a throaty rumble outside and a scratched, torn and muddy Teo walked through the front door.   He had been helped by a farmer on a tractor to pull the bike back on to the road and was waiting roadside for a truck to pass to hitch a ride with the bike back to Izmir. He had scribbled our home number on a piece of paper and asked the farmer to ring and tell me he wouldn't be back that night.  That piece of paper had obviously passed though a few hands before the much embellished message was relayed.  As he waited by his mangled new purchase, he decided to see if it would still start and it did, so rather than going back to Izmir, he rode it all the way back to Bodrum with buckled handlebars.
I'd like to say that I gave him a wonderful welcome when he walked though the door, but I didn't. I'm embarrassed to admit that I was furious with him for putting me though half an hour of anguish and if I'd had a stick to hand, I would probably have hit him with it. Luckily there was no stick and he survived for another 26 years  - until Friday morning.  There will be no reprieve this time, I was holding his hand when he died. He won't be walking through the door again.
Posted by Unknown at 10:52 41 comments: Links to this post