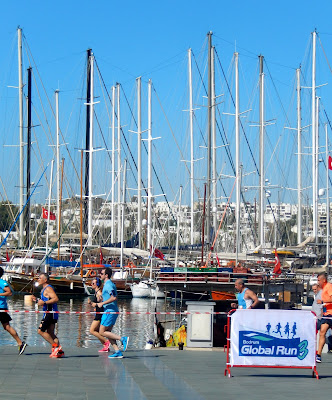 Jake and I were on hand in 2014 to see the 1st Bodrum Global Run and this morning we were out and about to see the 3rd one.  There appeared to be many more runners today than the first year, but this may be down to a curtailed route which stopped short at the Main Square rather than going on to the Marina, so the runners were more packed together. 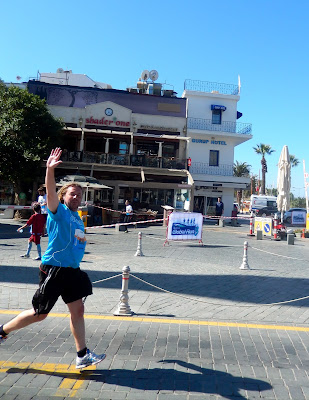 I don't run but am happy to distract those that do. Barry Dawber and Julia Power from Turkey's For Life blog and website were competing today, but I only managed to catch Barry on film. 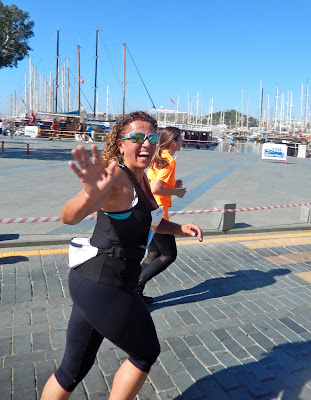 Şafak Yılmaz Bayliss was also easy to get a wave from as she effortlessly jogged by, but as an organiser of Bodrum Hash House Harriers, a group that advertise themselves as 'drinkers with a running problem' I expect nothing less. 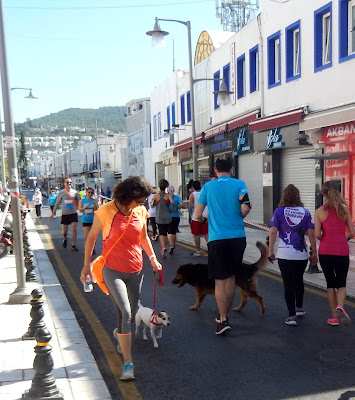 I only saw one canine competitor, but the local street dogs were keen to join in with the action, except they hadn't grasped the concept of running with the entrants and seemed more focussed on adding a few obstacles to the race. 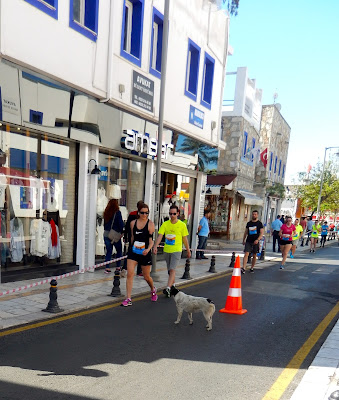 Jake just barked, more in panic than support, so he didn't get his photo taken.
Posted by BacktoBodrum at 03:53