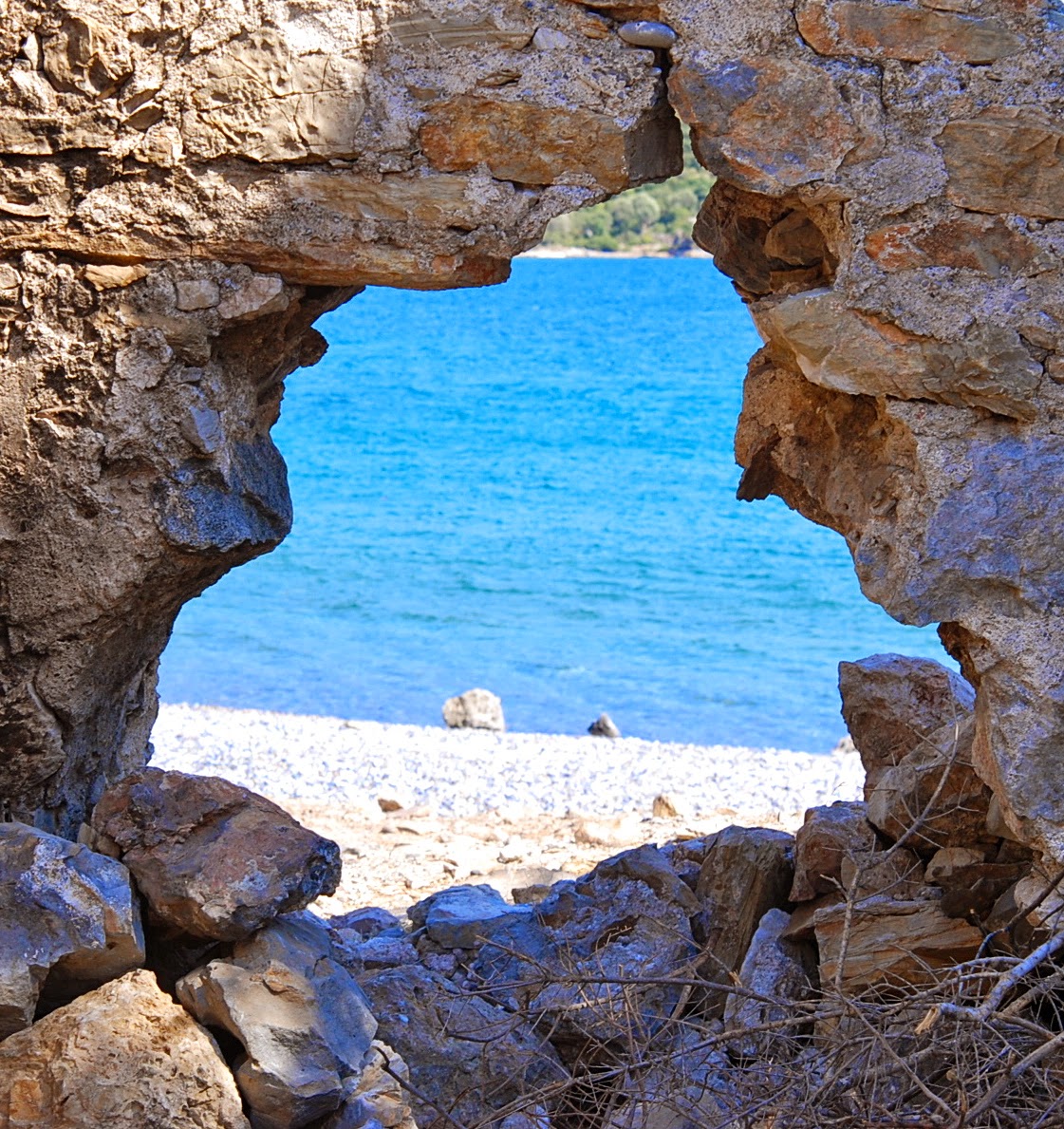 Thirty-two years ago I sailed into Kissebükü, although I can't recall the event exactly, the feeling is still with me.  The air was stiller than normal but charged with a indescribable energy. We slowly motored around looking for a place to drop the anchor. We were the only yacht in the bay, but we could have been the only folk in the world, reality seemed to be suspended.  As the chain rushed noisily into the sea, it felt as if we were violating a sacred atmosphere. Those of you who have never experienced this will think I've been to one too many creative writing classes and am getting a bit carried away, but I know that fellow sailors will be nodding and recreating the event and the scent of pine and the crystal clear turquoise water will be just as vivid in their minds as mine.  Once moored the peace returned, the only sound the crackle of pebbles gently sweeping up and down the beach.  A walk on shore was a revelation, tumble down buildings with apse shaped additions and strange beehive  constructions that could have been churches or tombs, "Kisse" probably is a derivation of "kilise"or "church".  I didn't realise then, but there are also Lelegian walls up in the mountains behind. This place, once discovered, epitomises why I and many more returned to or stayed in this corner of Turkey. 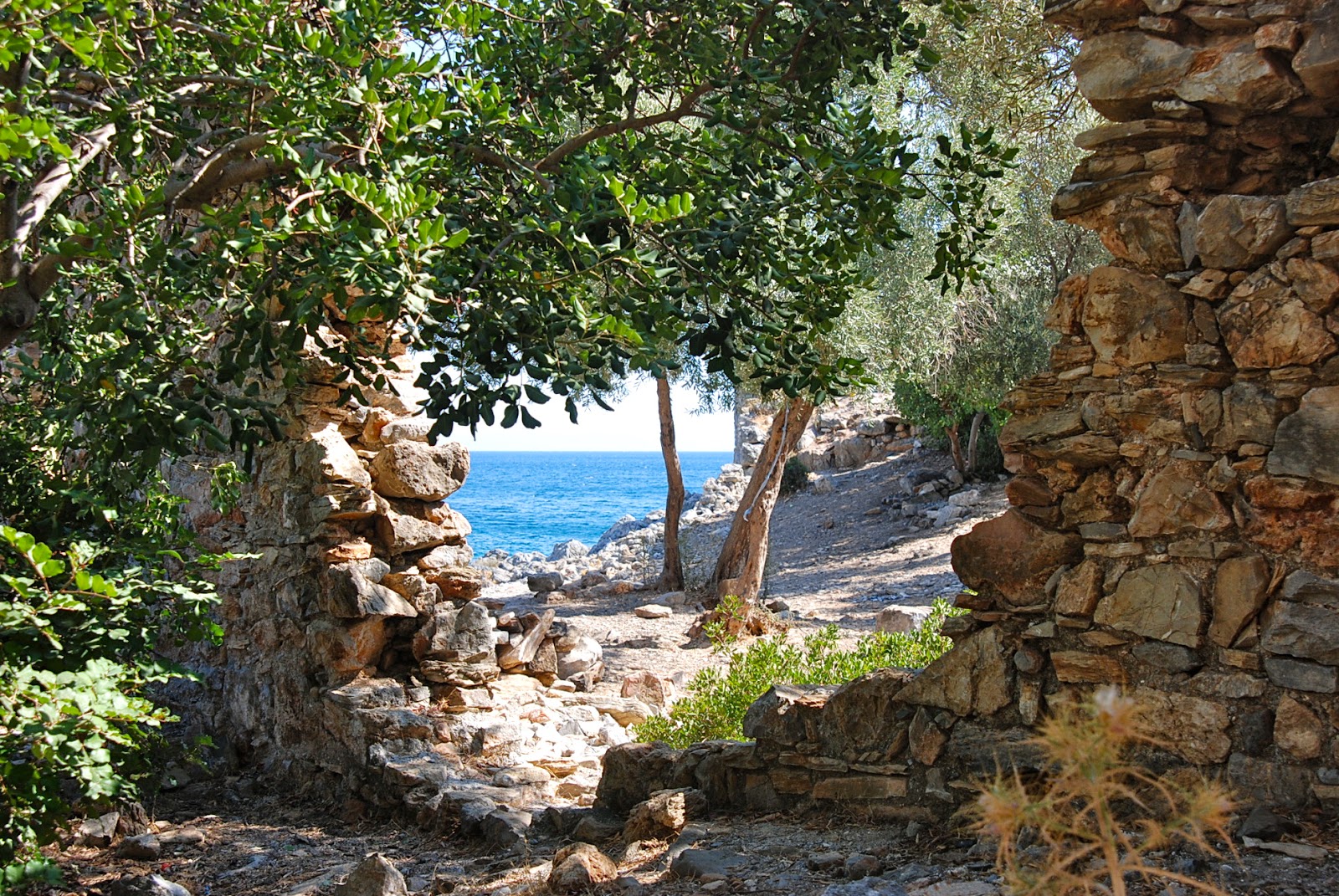 The good news is that a new generation of sailors is still enjoying Kissebükü. It hasn't changed.  I no longer sail but occasionally make the long drive over the rough mountain roads to enjoy the peace. Others get there by walking along the Carian Trail between Ciftlik and Mazı. 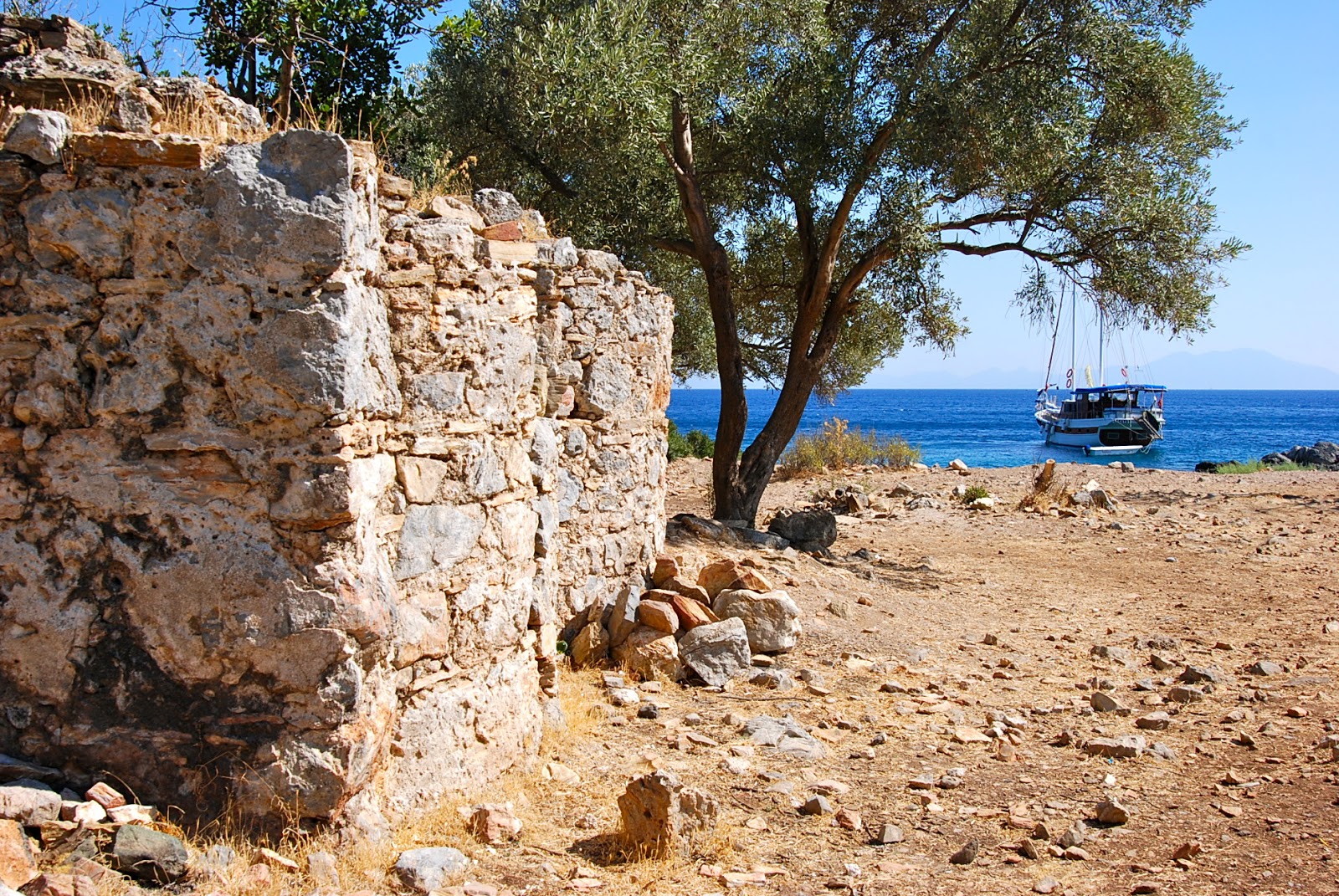 The bad news is that the bay is under threat. Despite fighting off developers in 2005 and being granted protected status, permission has been given to build a 1000 bed hotel.  Bodrumites are up in arms.  A meeting held yesterday overflowed the building. The pouring of concrete on Kissebükü is a desecration no one in their right mind can accept. 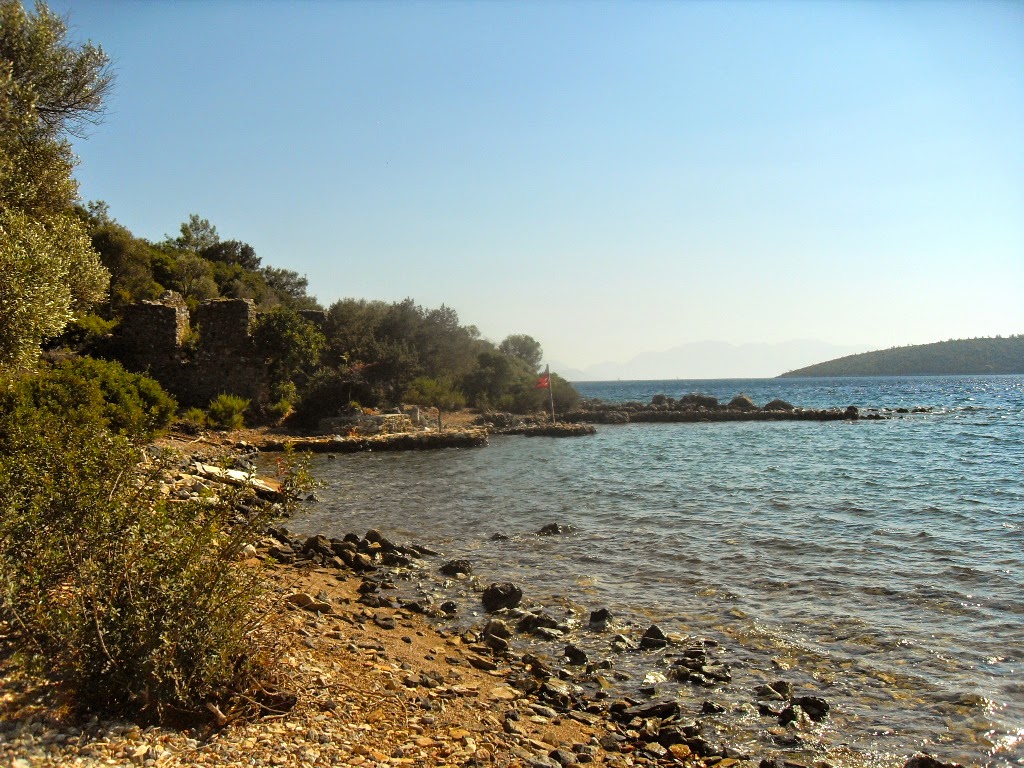 I have added a link to a Change.org petition below.  Scroll down for the English which gives all the information you need to make your own decision.  Please sign and help protect Kissebükü.

https://www.change.org/p/mavi-yol-girişimi-kissebükü-adaliyali-destek-ol-sesi-ol-imza-ver-support-it-be-the-voice-give-your-signature
Posted by Unknown at 02:25