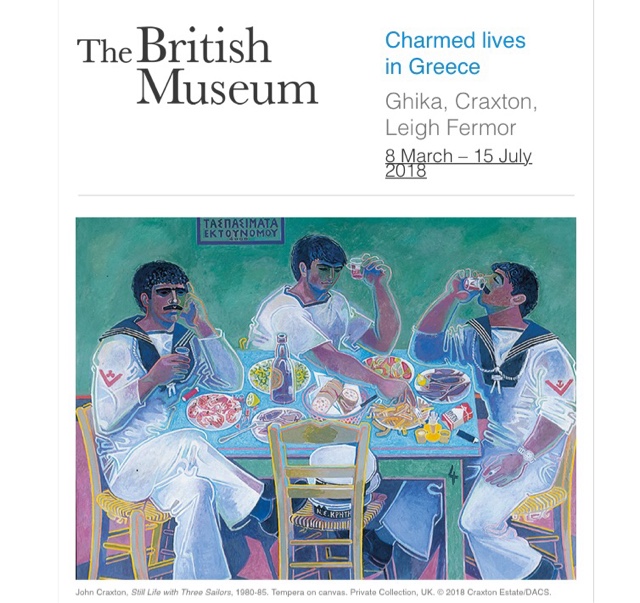 There is an exhibition on at The British Museum now which I am keen to see.  It follows the lives of three friends; artists Niko Ghika and John Craxton, and writer Patrick Leigh Fermour.  They all loved and were inspired by Greece and met often on Hydra in Ghika's house on the hill overlooking Kamini Harbour.  I was sitting in Kamini an hour ago, listening to the sound of the sea bounce off the low quay wall, and watching the sunlight reflect off the waves onto the fishing boats and wished myself a small percentage of these great names' talent to get down on paper the essence of this wonderful island that draws artists and wordsmiths.  As I was musing over this, just to prove a point, a rock-legend I hero-worshipped in my teens walked by. 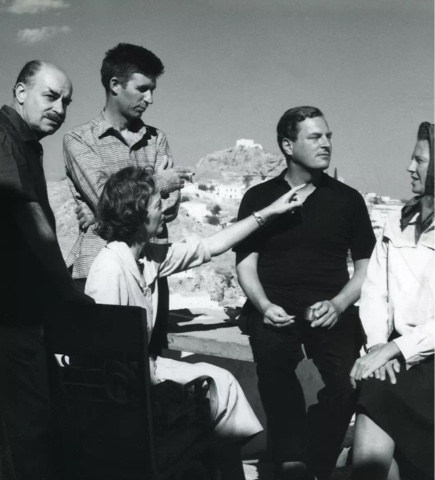 Ghika's house burned down in 1961.  Some say his housekeeper, upset that Ghika had left his first wife, set fire to it. Another rumour is that a watchman employed to look after the house, dropped a cigarette when in his cups.   Either way, Ghika didn't return and the house was not rebuilt. Its ruin is still visible behind the Care Home for the Elderly. 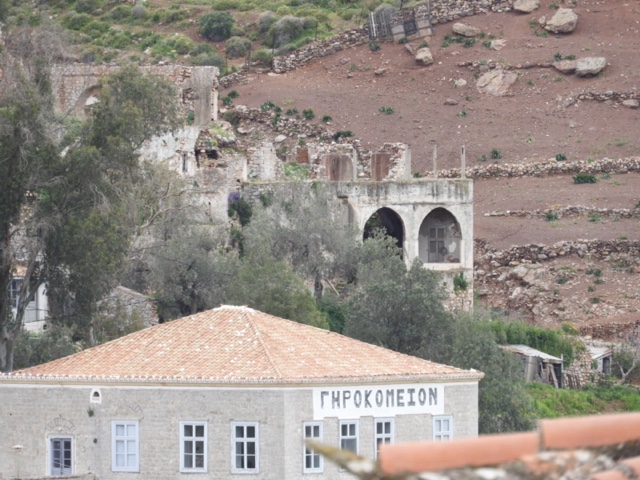