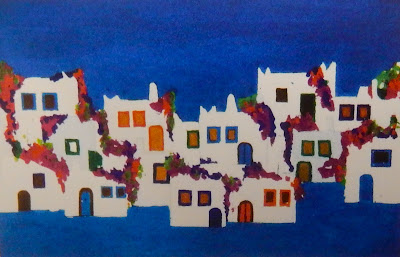 For many Turks who live in big city apartment blocks, Bodrum is a Shangri-La: a fantasy of blue sea, white-washed sugar cube houses and tumbling magenta bougainvillaea.  Artist Mehmet Sönmez should probably be held responsible for 90% of these fantasies.  He moved to Bodrum in the 1970s and his paintings of the town were turned into postcards which circulated the globe for 2 decades. 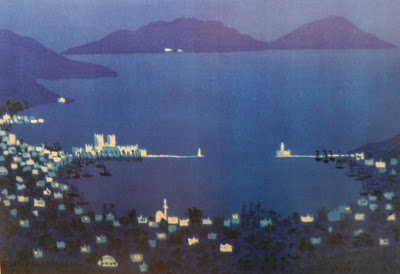 Copies of some of his most famous works can be seen in Oasis Shopping Mall until 16th April.  The opening of the exhibition yesterday, was like a flash back to Mehmet's favourite bar, the Hadi Gari, all of us 35 years older (but I have to say everyone still looking good).  Mehmet would have easily recognised us all although no one would have called him Mehmet, he went by his nick-name 'Asker' (soldier). 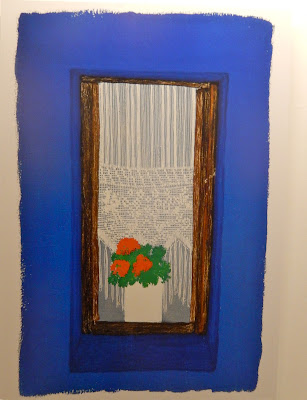 This vision of Bodrum still exists if you look in the right places but it's rapidly being overwhelmed by insensitive development. 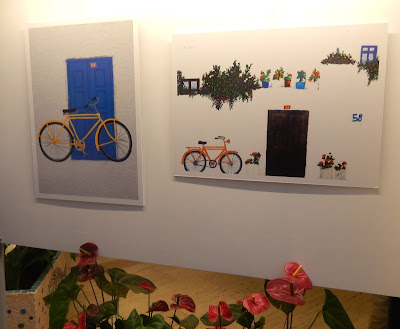 In the last few years of his life Mehmet was not happy with the way Bodrum was developing and produced a series of paintings called "Critical Bodrum" which I haven't been able to find on the internet.  I heard lots of stories last night about how Bodrum was so wonderful 30 years ago, and I feel very privileged to have lived in Bodrum before it expanded but it's worth remembering that in this Utopian past, Dursan's bicycle, shown in the pictures above, was stolen 3 times and recovered before it was nicked for good. Bodrum is still a great place to live and we still need to lock up our bikes.
Posted by Unknown at 04:20